You probably haven't thought much about fireworks beyond appreciating their beauty, but hidden inside these tiny little packages is an explosion of interesting facts! These firework facts will help you become the biggest know-it-all at your next cookout, and they're pretty cool to have in your noggin. Let's dive in!

In about 200 B.C., the ancient Chinese tried roasting dry bamboo and discovered some explosive results. The trapped air inside the bamboo caused it to explode and create a cracking sound.

They found a good use for it. The villagers used the bamboo bombs to scare away Nian — an evil spirit that rang in every new year by hunting villagers. They became a staple of New Year's Eve, which eventually evolved into huge celebrations and kept the spirit far away.

Other firework developments that we owe to ancient China include:

2. Each Firework Color Is Made From Metal Salts

People in Italy figured out how to add colors to fireworks in the 1800s. They used metal salts which would glow and emit bright colors when heated. Nowadays, vibrant fireworks use:

Other elements can create flashier effects. Chlorine can strengthen some colors, and metal flakes or powders — like those made from aluminum, iron and titanium — are usually behind sparkling effects.

3. We're Still Uncovering the Mysteries of the Color Blue

Blue is one of the hardest colors to make in a firework. Generally, the hotter the firework, the brighter the metal glows. Most of the elements used can stand up to these high temperatures, like strontium chloride, which does just fine up to 1,500 degrees Fahrenheit. Copper chloride, on the other hand, starts to break down at about 1,000 degrees Fahrenheit.

We're still trying to figure out how to get this metal hot enough that it will appear blue without breaking down. The blue color of the sky doesn't help, either.

We didn't know there was such a thing, either. And there's a world record for it! Nestlé built this yummy "firework" in 2002. A New Year's Eve launch in Zürich sent over 130 pounds of chocolates out to the crowd when it exploded. How did they pull it off without melting the chocolate? That's a secret we'll have to ask the Nestlé wizards about.

Apparently, one of the first major fireworks displays happened at the 1486 wedding of King Henry VII and Elizabeth of York. We've also seen them used in coronations and births, like those for James II and the son of Peter the Great of Russia, respectively. The brave souls who made these shows happen — seriously, it was a dangerous job back then — were called fire masters. The one that did James II's coronation even received a knighthood for his work. Talk about a promotion!

6. The Largest Firework Display Had Over 800,000 Fireworks

On Jan. 1, 2016, Iglesia Ni Christo — or the Church of Christ — put on this show in the Philippines. And we love their style. It started at midnight, and the 810,904 fireworks lasted over an hour.

7. Firework Sounds Are Also Made With Elements

We can thank specific elements for making the snaps, crackles and pops that are so integral to our favorite fireworks displays. You get a pretty loud boom from the main gunpowder explosion, but designers improved upon these sounds using CHEMISTRY! The campfire-like crackle comes from small granules of bismuth compounds. The granules burn quickly, one after the other, giving you a nice crackling sound.

Whistles usually come from organic compounds mixed with oxidizers. As they burn, they create small explosions. To grossly simplify the explanation, they change the sound wave that leaves the tube by creating a standing wave inside it. When the mixture burns, more space is created, which allows the sound wave to lengthen and cause the iconic ascending whistle. Who knew you'd be learning some physics today? 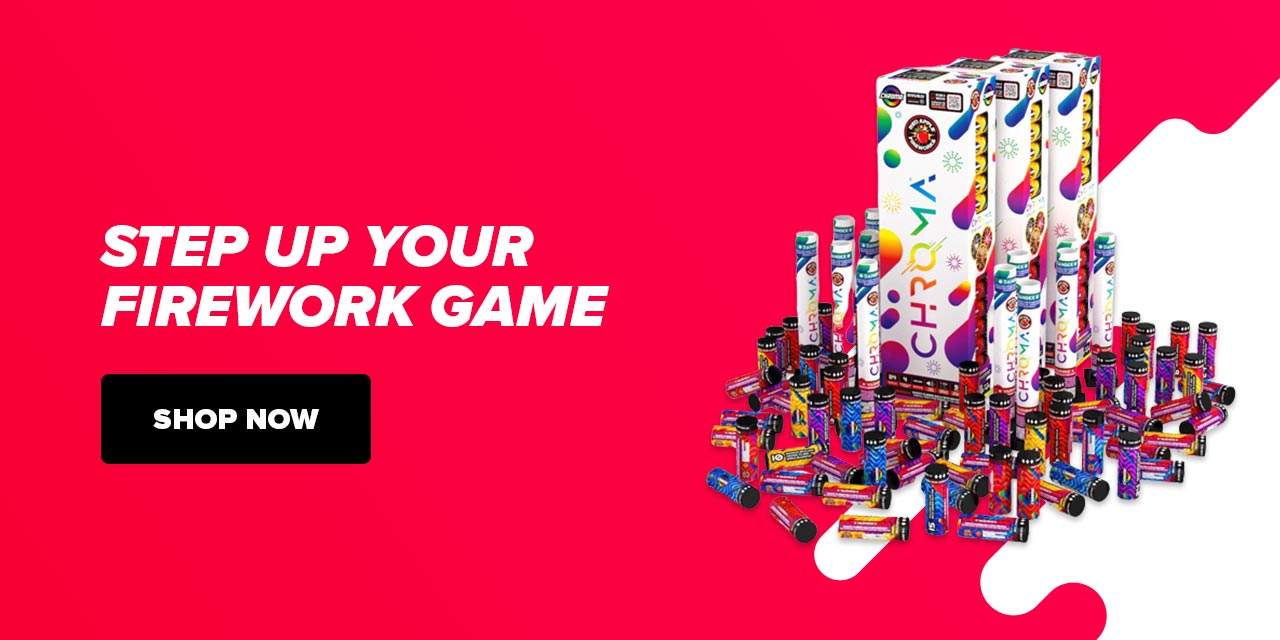 Step Up Your Firework Game

Now that you're an expert on these red-hot fireworks facts, you're practically obligated to show off with some of the best fireworks on the market, right? Here at Red Apple Fireworks, we're obsessed with pyrotechnics. We put everything we've got into creating high-quality fireworks so that you can create the best booms on the block!

We've got everything from ground-level fountains to massive aerial sets to entertain any crowd, whether you're putting on a show for a family cookout or an entire city. Explore our catalog of fireworks online and start putting your new pyro knowledge to work!